If there’s one thing important, powerful people and organisations love more than money, it’s a scapegoat. That clever little “get out of jail free” card that allows you to pass the buck, take no responsibility for your actions, and most likely keep on keeping on the way you always have because hey, it’s not my fault!

Probably one of the best, most commonly used scapegoats is pornography. It’s brilliant! Just above “violent video games” on the “who can we blame for society’s ills” scale, the pornography scapegoat can excuse, or at least give a pass on, taking responsibility for almost any sort of bad behaviour or public outcry.

Unplanned pregnancy. The rise in STIs. Sexual abuse and assault. Sex trafficking. Racism. Impotency. Divorce. Sex addiction. All of these and more have been conveniently blamed on pornography which in turn means that no-one actually does anything to really address these issues and so the problems continue as does the misguided blaming of an outside source.

To look at this in a local and simple to explain kind of way, the perfect example is the laws and restrictions that face Australian photographic images of genitalia in soft-core magazines such as People or Picture. Up until very recently the legislation around this was very clear (and pretty bullshit). Vulvae depicted in soft-core magazines were to be “healed to a single crease” so as not to be seen as obscene. This means that, for the most part, the first depictions of vulvae and labia that many people see is unrealistic and false, and has literally been linked to a mass rise in labiaplasty and other genital surgery, as well as poor body image and the mental health issues that can bring with it.

While the language in the legislation guidelines has changed – it now calls for “discreet genital detail” –  it still means a very similar thing, and, for the most part, nothing has really changed at all.

Whether in front of or behind the camera, or even on the publishing side, the issue of forced censorship of genital detail is one that raises anger, frustration, and confusion from everyone.

“The guidelines are unclear. What is “discreet genital detail” anyway? We can’t show penetration or things like that, so surely just a naked girl who happens to have prominent labia is okay, but no-one wants to test it. We don’t want to risk our jobs” – Sam (asked for name change and magazine not to be named).

If I didn’t have to alter women’s genitals to meet censor standards I wouldn’t have. I do not understand what is so offensive about labia. All vulvas are different, and I think that not showing what they really look like is creating unrealistic standards. – Katie – Former photo retoucher, People Magazine

“[We had to] second guess what the OFLC would accept… Which made us err on the side of caution… I just thought it looked dumb turning everyone into a paper cut.” – Shane – Former editor People Magazine

With fresh calls over the last few months to rethink the way we teach young people about sex and pornography it seems as though it’s not just our youth that need an education. The government and Powers That Be have to understand that the industry is not going away, and the way it has been treated and shunned has not worked and never will. They need to realise that expecting an industry with its hands tied to undo the knots is a backwards and impossible task. It is time for a shift in the way we think about pornography and other erotic images. It is time for a change in the way we depict bodies and especially genitals. Most people within sexual work and/or lifestyles understand the real need for proper, inclusive, age appropriate sex education, and know that when that is applied properly, there are far less instances of violence, sexual assault, unplanned pregnancies, sexually transmitted infections, and all of the other things people like to hand-wring about.

It all boils down to experience, knowledge and understanding. In almost every other industry on the planet the people who know the most about the subject are usually in the fore when it comes to discussions about it, and the sex industry should be no different. Whether talking about laws, regulations, education, production, distribution, or any part of what is one of the most sought after products in the world, it’s time to stop scapegoating and start including them in the conversation. It is literally the most logical solution. 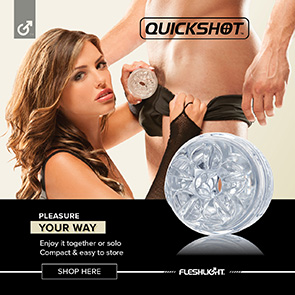