By The Eros Association

The Eros Association had the opportunity to talk about pornography to the Senate Legal and Constitutional Affairs Legislation Committeee on the 15 February 2019.

The scope of the inquiry was on a number of “freedom of speech” bills that were ultimately rejected, however it was interesting to see politicians from across the political spectrum recognise the ridiculousness of our current classification laws. It was also rather interesting how little some of the politicians understood of the world wide web and its coverage, including just how accessible pornography is.

Below are some notable extracts:

On the Northern Territory ‘Intervention’

CHAIR: Okay. Thank you. Before I go to the deputy chair can I come back to the issue of the Northern Territory. Are you aware of what data or research those who implemented that ban [on pornography] relied upon? Is there any data that you know of or that the various governments have used as the reason for allowing all other Australians to view material while not allowing a certain group of people to view that material? Do you know on what basis that legislation was introduced?

CHAIR: I assume that it means certain Indigenous people are not capable of viewing material that all other Australians can view legally and without restriction. I’m just asking whether you know of any data or research, or reason given by government authorities, that says this group of people are not able to ‘handle it’ but the rest of Australia can?

Mr Bartle: I’m not aware of any research supporting that.

On Refused Classification and Sexual Diversity

Senator PRATT: With respect to narrowing the circumstances in which publications, films or computer games are refused classification, what kind of material are you talking about in this respect? As I understand it, material that might be sexual in nature but also depicts acts of violence, but acts that are nevertheless consenting within that context, are banned, in the same way that acts of violence in a sexual context that are clearly not consenting clearly should be banned, versus sexual acts that are clearly consenting. Is that the kind of change in classification that you’re looking at in this regard?

Mr Bartle: That’s correct. In fact, I’ll just expand a bit on that. Many forms of consensual sadomasochistic sexual acts between two consenting adults that might, from an incorrect outsider perception, be perceived as  violent are currently banned. Fetishes is deliberately listed under the classification code as something that would turn something that would otherwise be X18-plus into ‘refused classification’. That encompasses a whole bunch of consensual acts that we don’t think should prohibit media from being exhibited or sold. In fact, one of the fetishes that the classification guidelines specifically note is the dripping of candle wax—as being something that shifts something from X18-plus to a ‘refused classification’. Clearly this is overly restrictive in terms of what can be shown in adult media. The general policy, we believe, should be that if it is legal to do it then it should be legal to film and then exhibit or sell the media.

Senator PRATT: I guess that is a logical threshold so that if it becomes unconsenting then that is the threshold that you would use, essentially. Is that correct? It’s unconsenting if it involves a child or if there’s any other criminal element to it, is what you’re explaining.

Senator PRATT: Yes—and equally would not involve any bodily harm to a person.

Ms Payne: Perhaps I could add that by refusing classification you’re failing to capture the diversity of sexualities. We all agree on what is illegal activity or what are depictions of violence, or anything that is child sexual abuse material. We all agree on that, but when it comes to capturing diversity of sexuality, that’s where the classification system is failing.

CHAIR: Finally from me, and it’s a question from someone who is not particularly tech savvy, and it may be a silly question, but are you aware if material that is banned in Australia is available to Australians via encryption services or what I’ve heard referred to as the dark web? Are you aware of that at all?

Mr Bartle: Just to expand a bit on that: Australian consumers can view websites hosted overseas. All Australians can view things that are currently refused classification in Australia, because they are hosted overseas and, if they are legal in the host country, it’s very easy for you to access them online.

Again, this goes back to something I was saying earlier. Because in Australia sexually explicit media cannot be distributed openly on Australian servers, within Australia’s network, the regulations we have in place to prohibit things don’t work effectively because either they’re hosted overseas or they can be accessed by other means—via private networks or Tor networks and things like that. To get to the basic point of your question, if we were to legalise currently refused-classification material, we would have better control than we currently have.

Ms Payne: If I could just add to that, the role of the eSafety Commissioner is to look at and review broadcasting and hosting that is Australian based. If something is hosted overseas, that wouldn’t necessarily be picked up.

CHAIR: I’m sorry, I don’t really understand. So, many of the things that are banned in Australia are available if you’re tech savvy or rich enough to be able to access material from overseas sources. Is that correct?

Mr Bartle: It’s not a matter of being tech savvy or rich, if we’re talking about pornography. Pornography is widely accessible to anyone in Australia with an internet connection.

Whilst the ‘freedom of speech’ bill was not accepted by the Committee, one promising recommendation did come from the inquiry:

The committee recommends that the Government review the appropriateness of Part 10 of the Classification (Publications, Films and Computer Games) Act 1995

In other words, Eros has convinced the Committee to review part of The Intervention! 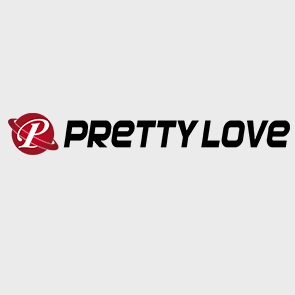