24 of the world’s’ top Showgirl talent competed at The Men’s Gallery in Melbourne for the inaugural SHOWGIRL WORLD CHAMPIONSHIPS. The event was sponsored by Travers Beynon A.K.A The Candyman, a Playboy Millionaire known for his lavish parties in his Gold Coast Mansion dubbed, The Candy Shop Mansion. Travers put forward $15,000 cash as well as a number of other prizes and experiences for the winner of the competition as well as flying down to Melbourne to feature as a celebrity judge for the World Final.

The prospect of a World Title, celebrity sponsor, and huge prize pool drew in performers from all around the world with Showgirls entering from: Andorra, Australia, England, France, Israel, New Zealand, and Russia.

The event saw one of the biggest public interest responses in recent years to an event in the Australian adult entertainment industry, with mainstream media outlets from around the nation picking up the story as well as Russian news site Life.ru.

With a number of strong competitors in the event we saw the likes of Former Miss Nude World International Jewel Stone, Miss Nude World 2019 Cherry Pop, Exotic Entertainer Australia April Hart, Miss Nude Universe Frenchie Love, Miss Exotica Australia Tia Carerra – just to name a few. Throughout the competition we saw daring acrobatics, enchanting aerial performances, as well as a host of other tricks in what was one hell of a sexed-up showdown.

In the end it came down to Paris born French-Cameroonian performer, Foxy who dazzled the audience with an upbeat carnival Samba routine. Foxy brought ferocious energy mixed with brazen sex appeal in a show that saw her hold up the championship belt at the end of a hard fought final showdown.

The event, hosted by The Men’s Gallery in Melbourne was a huge success with the showroom overflowing all 3 nights of the event. 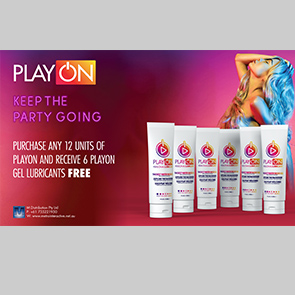