LC: It’s amazing, for sure, but it still feels a little surreal that it’s out and people are buying it and sharing photos of it on social media. I’m honestly still pinching myself. I spent more than 15 years researching and writing Vibrator Nation, which is a long time to live with a book project. I’ve jokingly said that if I had known in advance how much work it would take to tell the story I wanted to tell about the history of feminist sex-toy stores, I might have been too intimidated to keep going after the first few interviews. To finally see the book on the shelves of the sex shops I write about, and to see it embraced so enthusiastically, is beyond gratifying.

PM: What motivated you to want to research sex toys and the adult retail industry in the first place?

LC: When I began studying women-run sex-toy shops in the late 1990s, I was still in graduate school and there wasn’t a lot of research on the adult industry. I was fascinated by the history and retail culture of feminist sex stores, such as Good Vibrations and Babeland, and thought they had a lot to teach us about feminist entrepreneurship, the relationship between sexual politics and commerce, and the growth of the women’s market for sex toys and pornography. In the early to mid 1970s, when businesses like Eve’s Garden and Good Vibrations were founded, there was no model—at least in the U.S.—for how to sell vibrators to women. These were, in many ways, groundbreaking, DIY feminist enterprises led by some pretty audacious women who would eventually inspire future generations of women to open sex-toy businesses of their own. I wanted to document the history of these businesses, including their successes, challenges, and failures. I also wanted to pay homage to them. Feminist history is frequently overlooked and research on the sex industry often misses the mark. I wanted to write a book that could do justice to both of these things.

PM: In conducting your research on sex toys/adult retailing over the years was there anything that particularly surprised and/or shocked you?

LC: One of the things that surprised me early on in my research was that many of the retailers I spoke with hated to think of themselves as businesswomen. Here I was, studying women-run businesses and many of the women who ran these businesses were uncomfortable running businesses—which was fascinating! They instead preferred to see themselves as sex educators and activists who were providing a much-needed service, which was to get vibrators into the hands of as many women as possible in an effort to make the world a better, more sex-positive place. This belief also trickled down to sales staff. I had more than one retail employee tell me that if their job ever became just about selling things, they would quit. They were sex educators first and vibrator clerks second. There were very real and persistent tensions between feminism and capitalism on the one hand, and women and money on the other. In fact, I had one business owner tell me that if she could figure out how to run a not-for-profit sex shop, she’d happily do it. Another told me that she used to feel badly when people would spend money in her store. It was really fascinating and complicated stuff to disentangle.

PM: What lessons can the feminist sex toy industry offer other adult retailers and retailers more broadly in terms of things like marketing, branding, customer service and loyalty?

PM: We hear a lot in the media about the rise of online retailing in all sectors of retail, including adult retailing. What do you think is the future of brick-and-mortar adult stores, feminist and mainstream?

LC: It remains to be seen what the future holds for brick-and-mortar sex-toy stores, which is something I discuss in the book’s conclusion. The rise of online retailing, and the fact that even Amazon now sells sex toys, has certainly presented challenges for small brick-and-mortar retailers. The educationally focused retail model that I discuss in Vibrator Nation is an expensive businesses model to implement. It’s costly to train a well-rounded and knowledgeable sales staff. It’s also pricey to pay your employees well and offer them health benefits and vacation time. It’s not cheap to run a progressive sex-toy business based on feminist principles of social justice. And yet, at the same time, brick-and-mortar stores are able to offer their customers something that online retailers can’t, which is a highly personalized, in-store shopping experience. The sex-positive retailers that I write about in Vibrator Nation are committed to offering their customers the best in-store shopping experiences they can and pride themselves on doing so. That said, it’s also the case that we’ve seen some significant changes in the sex-toy retailing sector in the past six months. In late summer 2017, news broke that Good Vibrations had purchased feminist retailer Babeland, which took many people, including myself, by surprise. And in December, German retailer Beate Uhse announced that it was filing for insolvency, blaming its business woes on the rise of online retailing. While I certainly don’t think we are looking at the demise of sex shops, I do think we’ll continue to see more shifts and realignments as brick-and-mortar stores figure out how to stay afloat and remain profitable in a rapidly changing marketplace.

The book’s rollout and reception exceeded my wildest expectations, and its embrace by mainstream media outlets was especially gratifying. I thought there would be an interest in the book, but I didn’t anticipate just how much interest there would be—which I think is a real testament to the reach and impact of the businesses that I write about in Vibrator Nation. I also worked really hard to write a book that was lively and engaging, and I think that’s been a big part of its crossover success. While the book is rigorously researched, it’s also accessible, which is not the case with a lot of academic books. I wanted the book to appeal to industry folks and academic researchers and the general reader, so I wrote it with all those audiences in mind. Jiz Lee, who wrote a blurb for the back of the book, described it as a “love letter to those who call these sex shops home,” which is really true. The book tour comes from a similar place: it’s my way of giving back to the people who helped make the book possible by sharing their expertise and insights. It’s been a lot of fun to talk about the book at the very stores that have a starring role in the book. It’s so meta! And at every stop along the way, I’ve met aspiring sex educators, therapists, and academics who are inspired by the book and the story it tells, which in turn, inspires me. It’s been a lot of fun.

PM: What can we expect next from you?

PM: Finally, you’re coming to Melbourne in February 2018. Is this your first time to Australian? As part of your book tour, what can Australians expect to see and hear from you and where and how do they get tickets?

LC: It will be my first trip to Australia, and I’m really excited. I’ve teamed up with Aussie sexpert Cyndi Darnell and retailer Nikki Darling in what promises to be a fun-filled evening of vibrators and vino. We’ll dish about the history of sex toys, the women’s sex shop movement, the state of sex education, and more. The event is Wednesday, February 21 and tickets are on sale at https://www.trybooking.com/book/event?eid=330557. 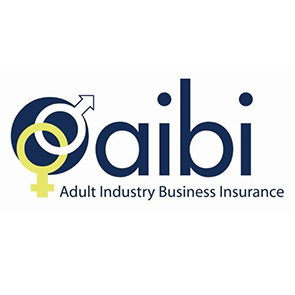