Little wins on the campaign front make the process all worthwhile, as you can see from our campaign focus – from financial and employment discrimination to movement on classification reform – Eros is making meaningful gains, and gaining some wins for members.

The campaign to end banks discriminating against adults-only businesses has in recent weeks gained further momentum with the Small Business and Family Enterprise Ombudsman, Kate Carnell making equity a top priority. Following on from the Royal Commission and the findings of Eros’ report, Carnell will be working with financial service regulators to ensure banks can no longer use moral judgment to deny or limit services, simply because a business is considered ‘adult’.

This is a real win and a testament to the advocacy and lobbying efforts of the Eros Association and the adult industry as a whole. Following on from the release of the Financial Discrimination Report in October 2017 where it was identified there was across the board discrimination of adults-only businesses by financial service providers, a highly successful media campaign ensured Eros was well positioned to gain the support of the Ombudsman, and has lead to some banks, such as ANZ and Westpac, to review and change their exclusionary policies, allowing adults-only businesses to be treated as any other business. This also paved the way for Eros to negotiate with other financial service providers such as Afterpay, Zippay and merchant providers Tyro – to become accessible to the adult industry.

As legal, tax-paying businesses, adults-only traders should have the same access to services as any other business to operate successfully – free from discrimination. However, financial discrimination continues to be the most notable complaint Eros receives from members to date. By going beyond the banks to their regulators we can only hope moral judgment is a thing of the past!

Having the ability to negotiate with Afterpay, Zippay and other merchant providers off the back of the financial discrimination campaign has resulted in Eros members gaining access to services that were previously denied. Eros made an agreement with Afterpay, Zippay and most recently Tyro to recognise adults-only businesses, particularly retailers, be treated like any other business and on-boarded with this service provision – allowing businesses to be competitive and satisfy customer expectations.

Initially Afterpay allowed Eros members access to their services for online platforms only, and following on from an initial trial period, Eros negotiated Afterpay be rolled out to include in-store. Members have overwhelmingly reported a positive response in having the ability to offer this service – of which has resulted in an increase in sales and greater customer satisfaction. Eros continues to build positive working relationships with Afterpay and Zippay to ensure access to these service provisions are accessible for all products and services, as well as positive industry recognition.

Classification Reform on the agenda

So, what will this mean? Well considering the Films Guidelines have not been reviewed since 2002, this means an opportunity for industry and public consultation via a submission process. It also means that this review is less likely to become overtly political as it is being worked on with the Branch and the Department (rather than as a bill before parliament).

The Classification Branch have stated that it is timely to check how aligned the Films Guidelines are with current societal concerns and values, and thereby fit for purpose in the making of classification decisions.

As an employer (and an employee) you should be entitled to incentives and support for hiring a new employee if they are currently receiving a Centrelink benefit, and more so if they are long-term unemployed, a mature worker or a person with a disability – except if you are part of the adult industry.

Here is the confusing and archaic limitations outlined in the (Centrelink) Job Services Deed:

The complete lack of industry understanding shines through here in this ‘definition’ and fails to acknowledge that retail workers in the adult industry are just that, and are required to be paid an award wage. Eros has also identified that warehouse workers are also considered excluded under this definition due to the ‘nature’ of the industry.

Over the last few months Eros has been calling on members to provide case studies of instances where as a business you have applied for a wage subsidy for your employee, where an employee has been denied support, where a newly established business has not been recognised by small business programs or where opportunities to advertise employment has been denied.

With this evidence, a report will be produced that will inform a media campaign, and provide evidence to push for reform of the Job Services Deed to allow adults-only businesses and their employees the same opportunities as others. It is astounding that the government refuses to recognise that adults-only businesses provide opportunity to gain meaningful employment – would they rather unemployed people remain on government benefits?

Administratively, Eros Association is well placed in keeping members informed and supported in their business ventures. This year has proved to be Eros’ best yet, with membership rates climbing, engagement at an all time high, and more service provisions and business affiliations secured.

On 23 May 2019 Eros hosted its 2017/18 Annual General Meeting. I would like to make special mention to the Eros board members for their contributions and time, especially re-elected Eros Board President, David Watt and Vice-President, Raz Scavo who continue to support and encourage the Eros team and the industry as a whole. Your time and efforts are very much appreciated and I value your contributions.

Of special mention is the growing membership base – 132 current members. It is also worth noting we have gained 39 new members in the last 12 months that have never previously engaged with Eros, which shows the positive impact Eros is having on the industry and its businesses.  Another success is the steadily increasing engagement with the monthly newsletter of 62% open rate compared to 44% last year.

I would like to welcome two new board members to the Eros Board following nominations received at the AGM. Welcome to Queensland Retailer, Keith Boswell from Be Daring and Club X Director, Ken Hill. With the wealth of knowledge and industry expertise both Ken and Keith can bring to the board, Eros is well positioned to tackle the next big challenges and welcomes the contribution of these two industry greats. Thank you to Ken and Keith for offering your support.

I would like to thank members for your continued support and encouragement, and I look forward to reporting on further developments and ‘wins’ over the coming months. 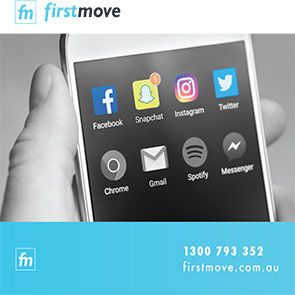