How the Media Silenced Strippers

How the Media Silenced Strippers

Google Stacey Tierney and you’ll find her lying near a pool in an orange bikini, dancing in a nightclub wearing a skintight Halloween outfit, walking towards the beach, looking back at you, smiling sexily.

As you scroll through the various articles about her you might wonder how she died, but more out of gossip than worry. Your image of what type of woman who works in a strip club is codified through each scantily clad picture. The slim curly haired blonde in various stages of undress fits the narrative of what happens to women who work with their bodies. She was a stripper after all – what did she expect?

Stacey Tierney was a British woman who died working in a strip club in Melbourne the Christmas before last. After the media caught wind of her profession, they patched the skimpiest photos sourced from her social media accounts and splashed them across various articles detailing her death. The use of semi-nude shots of women isn’t uncommon, but editors reserve a special level of abasement for coverage involving the deaths of sex workers*. When tragedy strikes, for example, human and labor rights are rarely broached, but rather objectifying images are highlighted to titillate. Stacey’s coverage was no different.

Laura Augustin writes in Jacobin that editors who cover the sex industry use stereotypical sexualized images to invoke the shame attached to sex workers. “Editors do this not because they are too lazy to find other pictures but to show, before you read a word, what the articles are really about: women whose uniform is the outward sign of an inner stain.”

When I discovered Stacey died, I raced home to comfort my friend who worked with her in Darwin. When I walked through the door, the two of us made eye contact, but remained silent. Stigma is the ugly cloud that walks with us in life and follows us through death. Without speaking, the knowledge that all evidence would be waged to blacken her name settled between us, and thwarted are ability to speak.

It was written in many publications that she died “partying” in a “seedy den”. I was immediately angry that her work-related death was compared to a night out. A woman who dies on a night out doesn’t deserve any less justice, but Stacey didn’t die partying, she died working overtime. Strippers may perform partying, but dancing is not a night out for us. This fact does not change, regardless of whether we enjoy it or not, consume alcohol or drugs, or work overtime in an after-hours ‘party’. It’s never a party to us. It is always work. Ironically, in this way, journalists saw us the way our customers do. They bought our performance.

Augustin continues “when writers and editors use the clichéd language of a “secret world,” “dark underbelly,” they are not simply being sensationalist but pointing to the stigma: Here’s what this news is really about – the disgusting and dangerous but also eternal and thrilling world of whores.”

Within the prurient language and images, the media drowned Stacey’s labor and humanity. She was never a woman who died working –  a human who walked in and out of the club – but an object; a casualty of bad choices. And in doing so, they may have muddled her path to justice.

I didn’t quite understand the gravity of discussing her job this way, not at first. But eventually as the months passed after her death without answers, the severity dawned on me. If dancers’ labor is relegated to partying, no one has to confront labor violations that would be unacceptable in other work spaces. It becomes a wild night gone wrong, not a system in place that keeps strippers disenfranchised.

There will not be answers to questions surrounding Stacey’s death if the media continues to discuss her humanity in salacious tone, use her body to prove a point about the industry, and erase her labor. Because how can we speak out if our words will be used as weapons against her and us? If we rally for safer work conditions in her name, the answers to our cries will be met with blame and death to our livelihoods, not understanding and reform. Speaking out about the darker side of the industry is a minefield that may take more victims if it pushes us further into silence.

Stacey Tierney deserves the dignity of quality journalism. Journalists, you can do better. 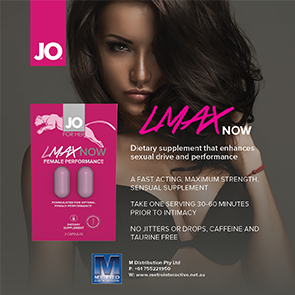